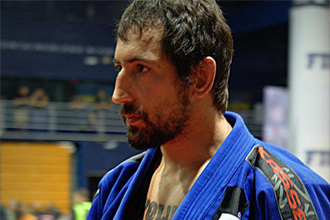 Malachy started his training with the late UFC Middle-Weight Champion, Evan Tanner. After years of competition, he joined American Top Team in Coconut Creek (2006-2015) where he coached beginners and champs, including the late, great Kimbo Slice to his win against Ken Shamrock at Bellator. Malachy cornered and coached Ultimate Fighting Championship fighters, IBJJF and ADCC BJJ competitors, and hundreds of newcomers to the sport.

In addition to coaching, Malachy is both a strategist and innovator in the sport, having created video instructionals, The Darce Killer, The HeisenGuard, Flower Power, Sh*t Your Instructor Never Showed You, Unf*ck Your Jiu-Jitsu, and Acai Free. He is a regular podcast guest and creator and a contributor to Jiu-Jitsu Magazine.

In 2015, Malachy brought his experience and knowledge back to his hometown of Charleston where with his wife, Sarah, they own and operate Black Label Martial Arts Academy. Malachy also owns Black Label Jiu-Jitsu Raiders Team and teaches free Women’s Self-Defense seminars to the Charleston and surrounding areas. Malachy teaches the same techniques in Women’s Self Defense that he wants his wife and daughter to know.